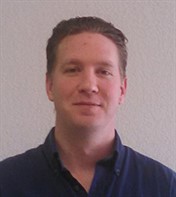 Barton, originally from Luling, Texas, graduated from at Texas A&M in College Station with a degree in Civil Engineering. He’s since worked as an engineer, estimator, and in sales, and has 10 years of experience in the commercial steel industry; nine of those in pre-engineered metal buildings. He also spent two years running his own business, which gives him a great ability to relate to many of our customers who are also running their own small businesses.

Barton, who is single, spends as much time outside as possible, fishing and attending “any sporting event I can” in his leisure time.